Kenton is renowned for some of the best beaches and protected coves on South Africa’s coast and affords guests with fantastic swimming, boating, fishing, hiking, horse-riding, walking, canoeing, snorkeling and kite-surfing opportunities.

Kenton nestles between two rivers (the Bushmans and the Kariega) and the edge of the sea. All this water and the warm Agulhas current makes Kenton a water sport mecca.

The Kariega and Bushman’s River are navigable for 15 and 30 kms respectively, ideal for fishing, bird watching and enjoying the forest, wildlife and riverside landscapes. The area is surrounded by private and national game reserves for viewing the big 5 in a malaria free area. Day safaris can be organised at short notice.

For more organised activities, boat cruises and deep sea fishing trips are available while there are boat trips for whale & dolphin watching from nearby towns in season. Eco-adventures and scuba diving are on offer for the more adventurous. Other activities in the area include, art & artifacts, health spas and gyms and riding, hiking and mountain biking trails, as well as horse-riding on the beach. The Royal Port Alfred Golf course and Fish River Sun Golf Course are both in close proximity for that day of golfing relaxation.

A popular annual draw card to the area is the Grahamstown Arts Festival which is located 40 minutes away. The Festival runs in July each year and is jammed packed with fantastic shows and entertainment, plus an exciting Fringe.

Alternatively just relax at the Beach House after a day of sunshine and fun and enjoy a drink and a BBQ with mates at the edge of our swimming pool whilst gazing over the spectacular views.

Kenton-on-Sea is located on the coast in the Eastern Cape, which is at the bottom tip of South Africa, and part of the malaria free eastern cape game reserve district.

Kenton is a popular seaside resort with a vibrant atmosphere in season, but beautifully tranquil and peaceful the rest of the year. Kenton is renowned for some of the best beaches and protected coves on South Africa’s coast and affords guests with attractive walking, hiking, fishing, horse-riding, boating, canoeing, surfing and kite-surfing opportunities.

The surrounding areas are home to numerous game reserves stocked with the big 5. In addition, the towns surrounding Kenton are steeped in history as some of the earliest settlers dating back to the 1820’s landed on these shores. These towns now have thriving arts and crafts and home cottage industries, as well guided historic tours and popular National Performing Arts Festivals. 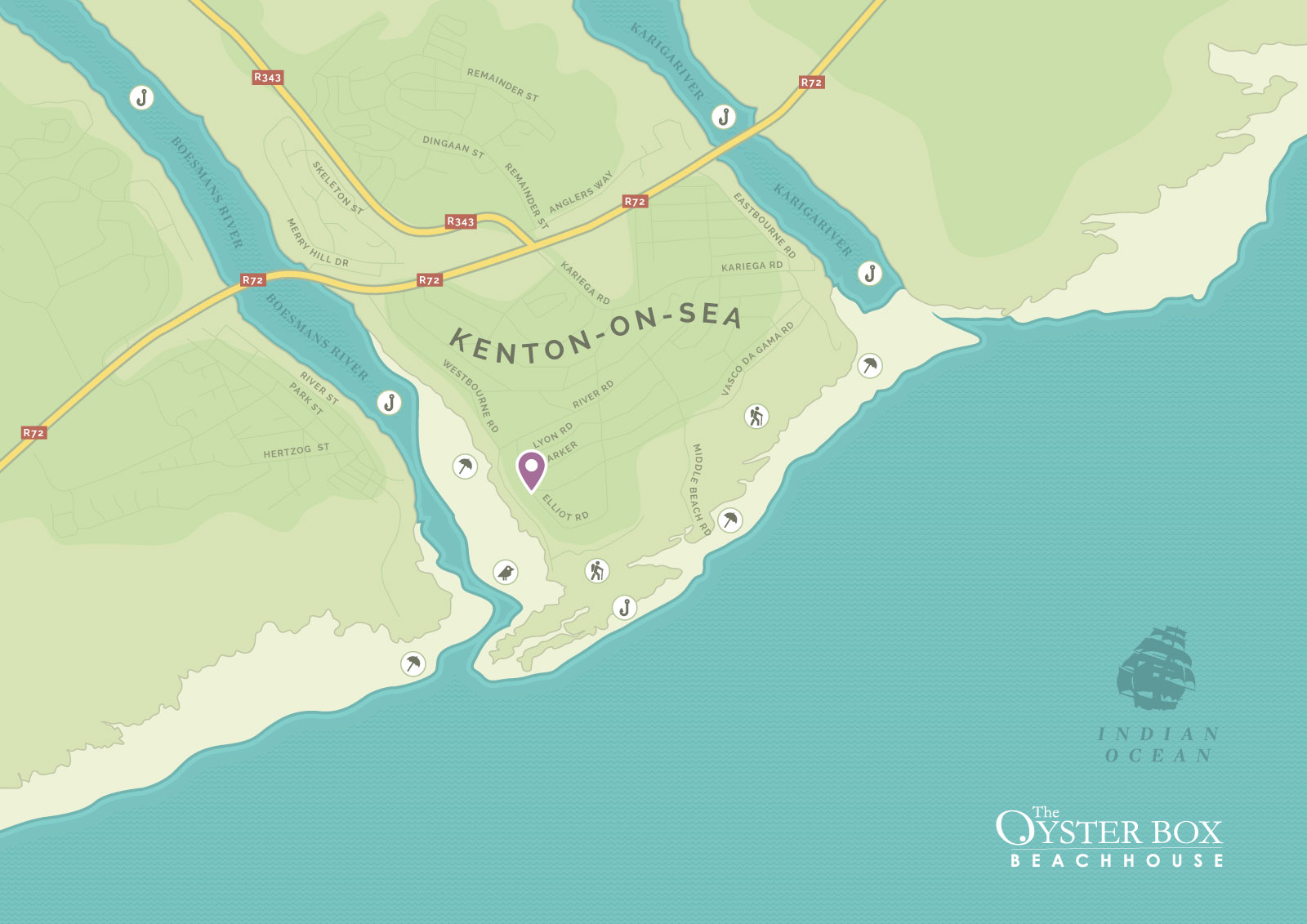 The Eastern Cape is one of South Africa’s 9 provinces that begins on the coast at the Garden Route and extends up to the Wild Coast. It then stretches inland into the Karoo and Drakensberg Mountains.

The Eastern Cape boasts a remarkable natural diversity, ranging from the lush, evergreen Tsitsikamma Forest to the rugged Baviaanskloof Wilderness Area, the southern slopes of the Drakensberg and the arid Great Karoo. It is known as the land of rolling hills, endless sweeps of rocky coves and sandy beaches, towering mountain ranges and verdant forests.

The main feature of the Eastern Cape is its astonishing coastline, which is a paradise for watersports enthusiasts; surfers ride the perfect waves, anglers reel in king-size catches, and board sailors revel in the challenge of the wind. Fine leisure resorts and splendid facilities ensure that there is something for everyone!

Whether you’re in the mood for an informal seaside escape, an encounter with the Big Five on safari, or a choice of scintillating city diversions and rich natural tourist attractions, you’re sure to find what you’re looking for in the Eastern Cape.

The Eastern Cape region of South Africa is renowned for its beautiful weather all year round. It’s aptly nicknamed The Sunshine Coast as it enjoys 7 to 8 hours of sunlight a day on average through the year and records the most days with sunshine in the country. It never really gets too hot or too cold, with winter temperatures (May to August) ranging from 7C in the morning to 20C by lunchtime and summer temperatures range from 16C to 26C. And the area is malaria free if you’re planning to take in game reserve or safari.

Rainfall is also evenly spread through the year with an average in the region of 650-750mm per annum. Slightly more rain falls in winter than summer, but at only 40-60mm a month, the sunny days are never far apart.

All coastal regions experience wind – great for kite-surfing!, but one of the great open secrets of Kenton is its coves and bays that afford sheltered beaches whichever way the wind blows.

The coastal area of the Eastern Cape lies between the subtropical conditions of KwaZulu-Natal and the Mediterranean conditions of the Western cape. The countryside and vegetation surrounding Kenton-on-Sea are dominated by thick evergreen coastal bush with rich green milkwoods and characteristic grey-green kariega (euphorbia) trees. 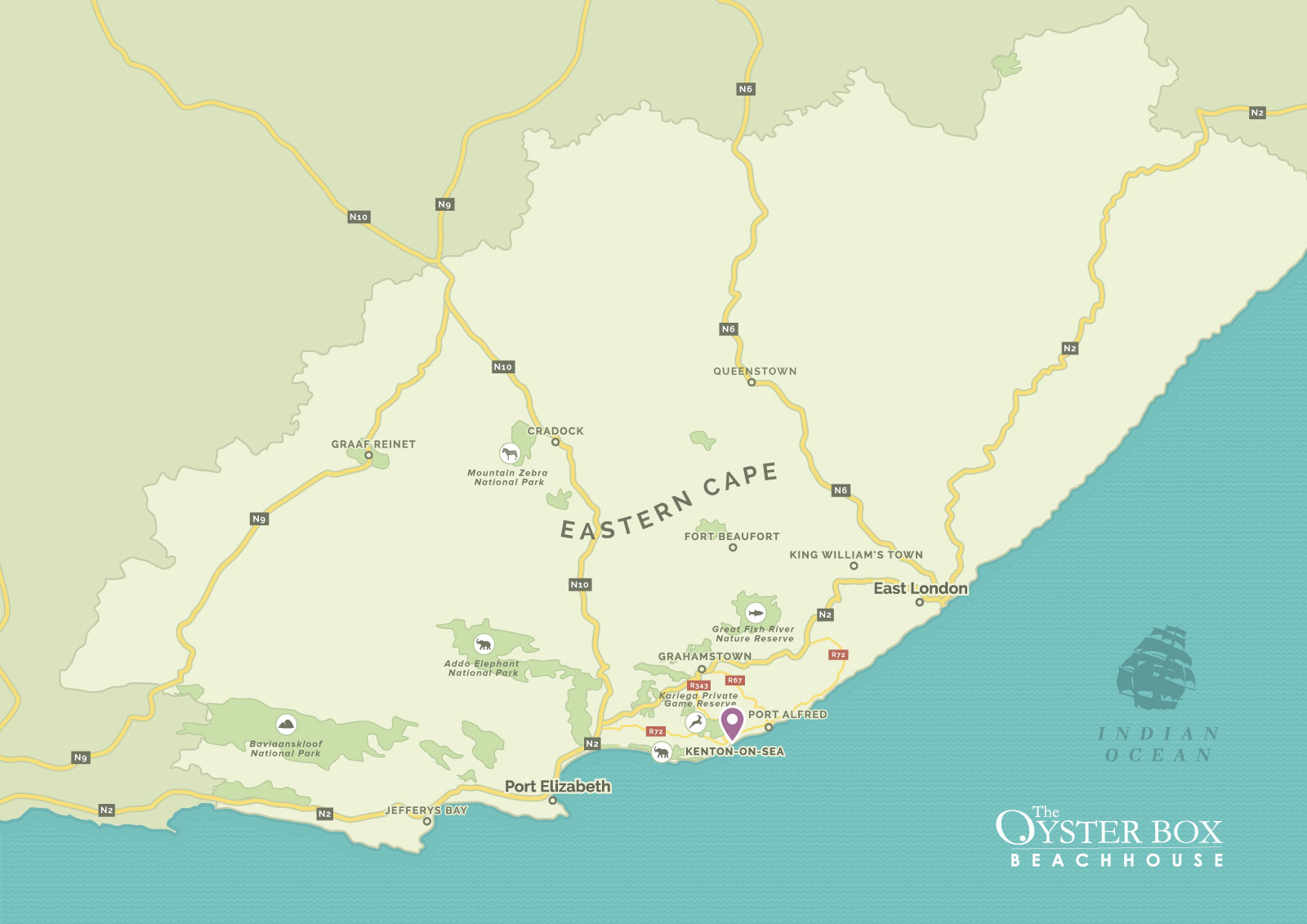 The South African Coronavirus lockdown has resulted in economic hardship for many vulnerable communities around the country. Our Oyster Collection teams took it upon themselves to make a difference in our local communities.

Visit our Oyster Collection Food Fund website for more info and to see how you can help.